Martin is responsible for the early engagement and interaction with UK Defence, Security and Space suppliers that can offer competitive and innovative world class products and services that complement the Airbus Defence and Space R&T&D roadmaps and product portfolio Tom O’Byrne BSc, MCIPS is the Head of Supply Chain Development at QinetiQ, responsible for QinetiQ’s overall approach to the development of its global supply chain. He leads a supply chain development team and is responsible for the delivery of its four strategic themes focused on efficient, sustainable, effective and collaborative procurement. Prior to this appointment, Tom was the Provider Network Lead for The Aurora Engineering Partnership, transforming the procurement approach across three partner organisations and wider industry, to drive benefits through the delivery of engineering services.

His career has centred on driving an organisation’s competitive advantage through its supply chain and has included past roles at AWE Plc and Hewlett-Packard. Tom’s professional experiences and skills are underpinned by his solid academic background which includes being a full (chartered) Member of the Charted Institute of Procurement and Supply.

Supplying to the MOD 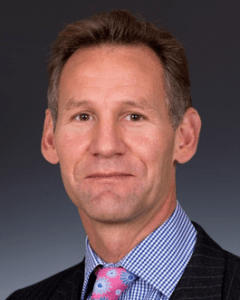 Jamie has had a varied career that commenced with military sponsorship at both school and University College London reading modern history and defence studies, followed by joining the Royal Navy in 1991. Deployments as an Officer of the Watch followed onboard HMS London and HMS Birmingham to the Persian Gulf, Far East and Adriatic.
Having always been passionate about aviation, he was selected for flying training in 1994, resulting in a series of front-line tours flying Sea King HC Mk4 Commando helicopters in Northern Ireland, the Balkans and the Arctic. Jamie commanded operational deployments in Bosnia and the UK, and then moved to the MoD to take responsibility for the equipment replacement programme for the Sea King and Puma helicopter fleets in 2000, as well as planning and related work for Op TELIC in 2002/3.
The competing needs of family life meant that Jamie left the military in 2003 after 12 years’ service and moved into the commercial world with Compass Group. He became the Business Development Director in 2007 for Compass’s healthcare division after 4 years running operations in hospitals in London and the south east, before being drawn back into defence to work as European Business Development Director for FLIR Systems in in 2009.

Jamie joined Serco Defence as Strategic Development Director in September 2015. His main responsibilities are to ensure that Serco’s defence and maritime strategies match potential and actual customer needs, plus being the Account Director for the Royal Navy, Army and Defence Prime Contractors. He is privileged to lead Serco’s Armed Forces Covenant (AFC) work and chairs the AFC Gold Alumni Association on behalf of 226 private and public organisations that have awarded this accolade by the MOD.

Reducing Your Risk Exposure: the impact of commercial models in the supply chain 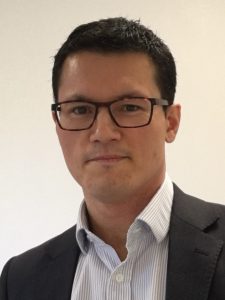 As head of risk services, Andy is responsible for helping Costain’s clients meet their risk management challenges through improving risk practice and awareness, developing quantitative analysis solutions and providing advice on risk-related strategy and project delivery matters. Following an early career in engineering and a period as a project manager and project controls consultant working on various defence and aerospace projects, Andy switched focus to risk management in 2013. His systems engineering background provides a thorough appreciation of the scope of complex programmes and of the root causes of uncertainty. Currently, he is actively working with clients in both the public and private sector to develop risk systems, improve control of - and confidence in - project delivery and help direct investment in activities which will maximise the life of critical assets.

The Evolution of a Defence Contract Supply Chain Freddie Roe is the Director of Aerospace & Defence at Astute and has been with the company for 20 years. Freddie has seen the business grow from 15 to nearly 200 people globally and from £2m to nearly 100m in revenue. Over that time, he has gained great knowledge and experience as to what our major customers within the A&D industry want and need to support equipment that is staying in service for longer than ever. Freddie’s expertise is in handling the Military, Aerospace and Defence major prime contractors and working alongside them to deliver the end user and authority their required solution. Taking a consultative approach to the piece part requirements, developing a project approach and creating a long-term contract support solution.

Freddie will explain and share the challenges of working with the end-user, prime and all through the supply chain on historical platform contracts.

An overview and understanding of how Leidos has facilitated greater SME representation throughout the tender process, providing opportunities for new business growth as part of the wider SME agenda.

The page has unsaved changes. Please save your post before duplicating.

This section has no data to be saved yet. Duplication not necessary

Select a page to copy this section to:

Select where in the level you want it inserted:

The section was duplicated. Go to the page now